The Middle Ages ( or Medieval period) saw calligraphy and book decoration emerge as significant art forms. The demands of church and government administration as well as the birth of popular literature created a huge demand for written documents. Many beautiful font styles were created during this period.

Many fonts in this package come with the long and the short “s” and ligatures for letter pairs such as “fi”, “fl”, “st”, or “tz”, a prerequisite for beautiful typesetting. Additionally, many of the fonts contain alternative umlauts in the style of past centuries. 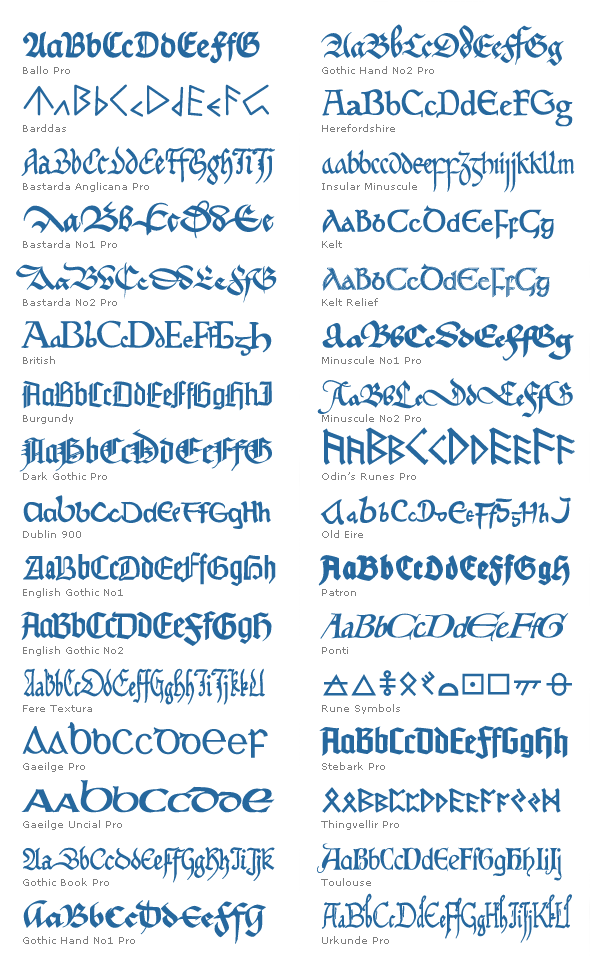 Here is a list of all fonts included in this package. Fonts are in a TrueType (.ttf) and OpenType (.otf) formats.