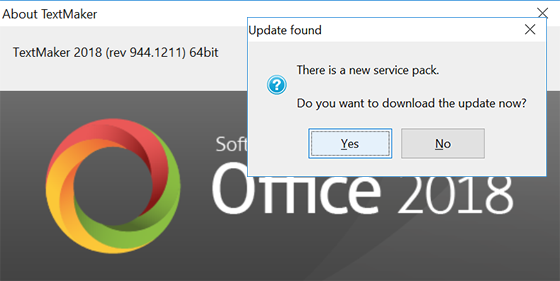 By default, SoftMaker Office 2018 for Windows keeps itself up-to-date by automatically downloading service packs. If you have not installed the automatic update tool or simply want to know if your version of SoftMaker Office is current, you can also check for updates manually.