You cannot download and install Microsoft Office 2010 Starter Edition yourself, it must be pre-loaded from the manufacturer of your computer. Also, some important features have been removed: footnotes, endnotes, citations or bibliography, comments, track changes, and Pivot Tables. Below you can see Microsoft Word Starter using 100% document zoom at 1024×600: 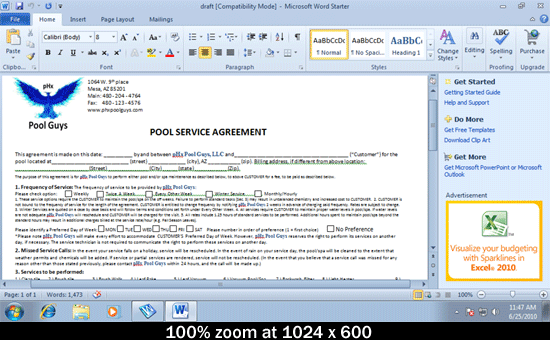 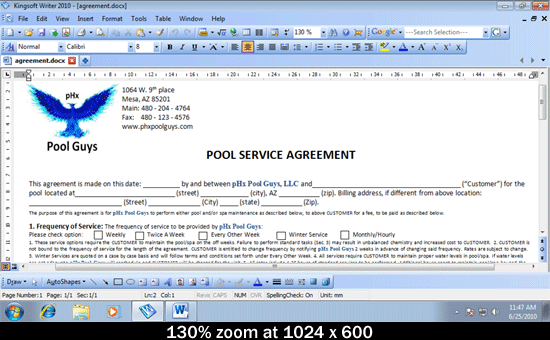