BinaryNow Office revision 695 has been released

BinaryNow Office (rev. 695) was released.  Price for this alternative to Microsoft Office suite starts at $39.95 for three user license. This update is free for all previous BinaryNow Office users who subscribed to extended download service or purchased their licenses within last 60 days.

The list of new feature additions and bug fixes are as follows: 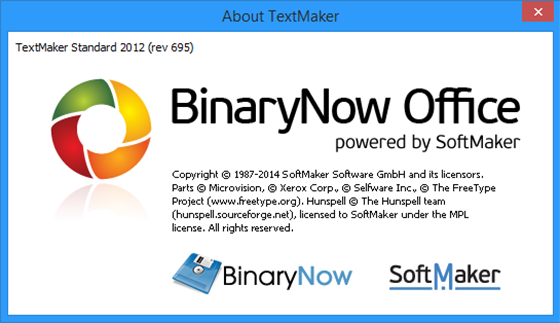