If you’re a smartphone or tablet shopper, you may be curious about the mobile platforms that are available. Everyone knows about the iPhone and iPad (Apple iOS), and everyone knows about “Droids and Galaxies” (Google Android is the platform). Often overlooked is the newcomer, Windows Phone (Windows 8 is coming soon). How do the three mobile operating systems stack up? 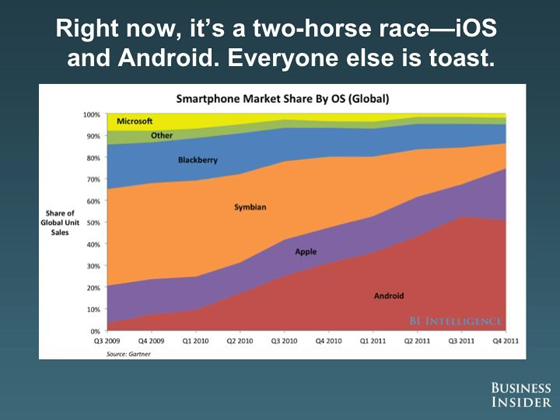 The number of smartphone sold exceeded the number of personal computers sold during last year. In next few years, it will triple it since all dumb-phones will be eventually replaced with smartphones. Critical question is: “Who is going to win next platform war? “. Apple has definitely a good chance to take over the world now, if they open their platform. Google needs to find a way to motivate more developers and put their act together with addressing the fragmentation problem with multiple versions on the market. And Microsoft will have to execute a serious Hail Mary pass to come back and catch up with other two players.  The winner will be the consumer, as the quality of new operating systems will increase and price decrease with healthy competition from three strong vendors. 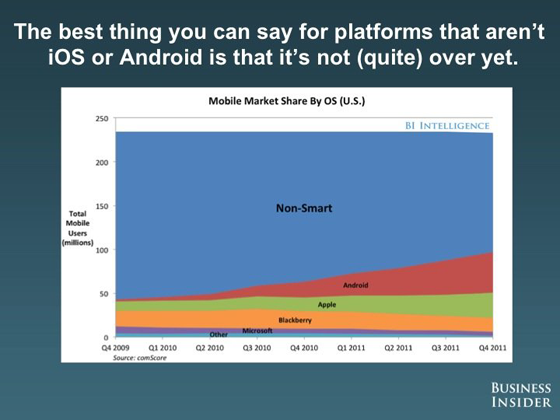 Source: THE FUTURE OF MOBILE  by Business Insider.