Getting Space Engineers out of Early Access has been planned for a long time. We have worked on it basically since 2016/2017, when the game entered beta. It was our goal to release the game in the state we consider to fulfill our original vision, including all planned features and core game components. Moreover, the game includes a lot of things that were not planned at the beginning of development (solar panels, planets, rotors, pistons, wheels, and many more features) 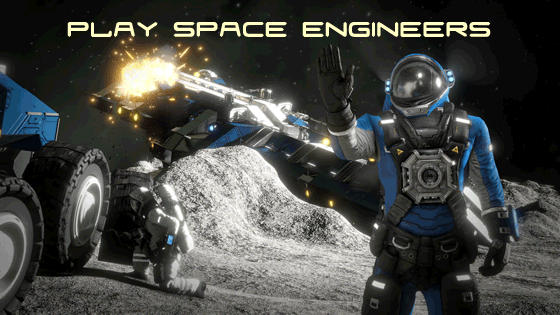 Space Engineers was one of the first Early Access games on Steam and one of the few titles to be successfully released after several years of passionate development. It is an open world sandbox game defined by creativity and exploration.

Space Engineers is a sandbox game about engineering, construction, exploration and survival in space and on planets. Players build space ships, space stations, planetary outposts of various sizes and uses (civil and military), pilot ships and travel through space to explore planets and gather resources to survive.

Space Engineers features a realistic, volumetric-based physics engine: everything in the game can be assembled, disassembled, damaged and destroyed. The game can be played either in single or multiplayer modes.

Space Engineers has sold over 3+ million copies since launch and has been voted as the best indie game of 2015 by the IndieDB community.